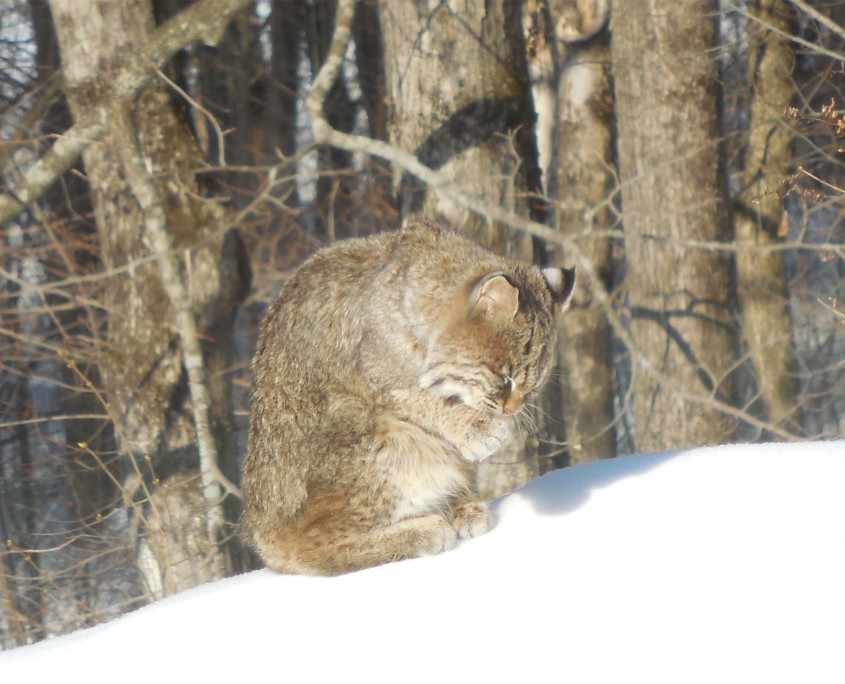 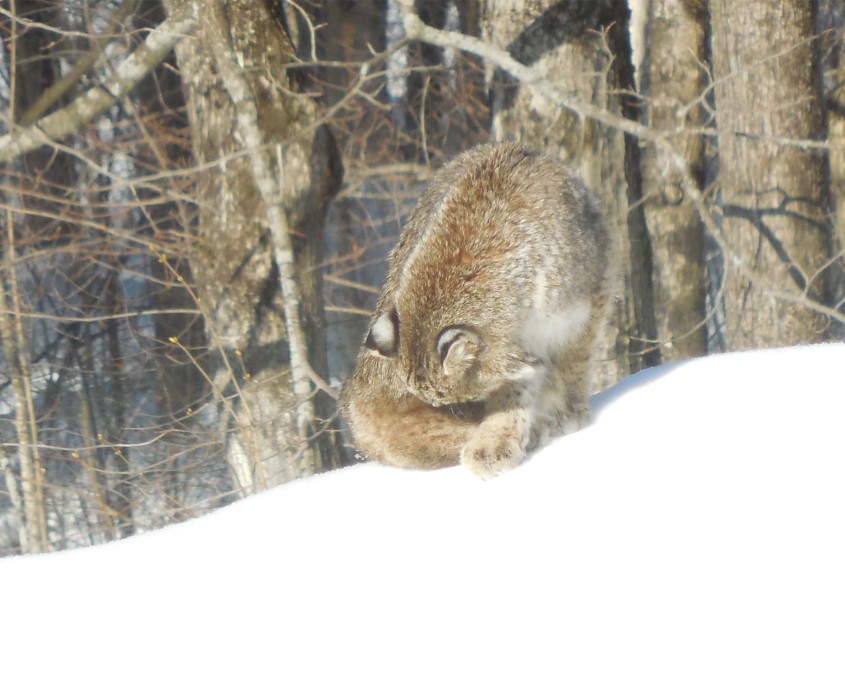 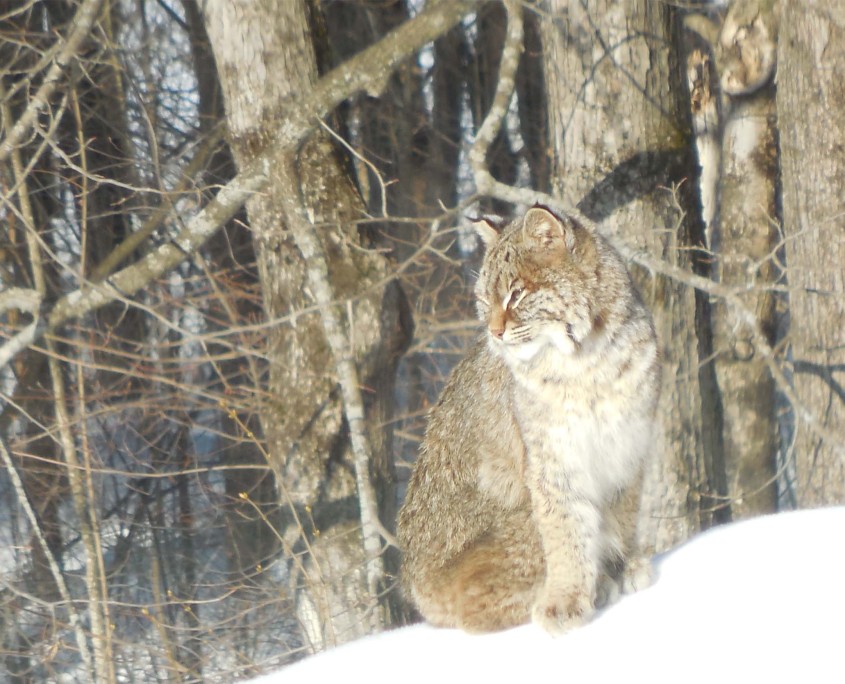 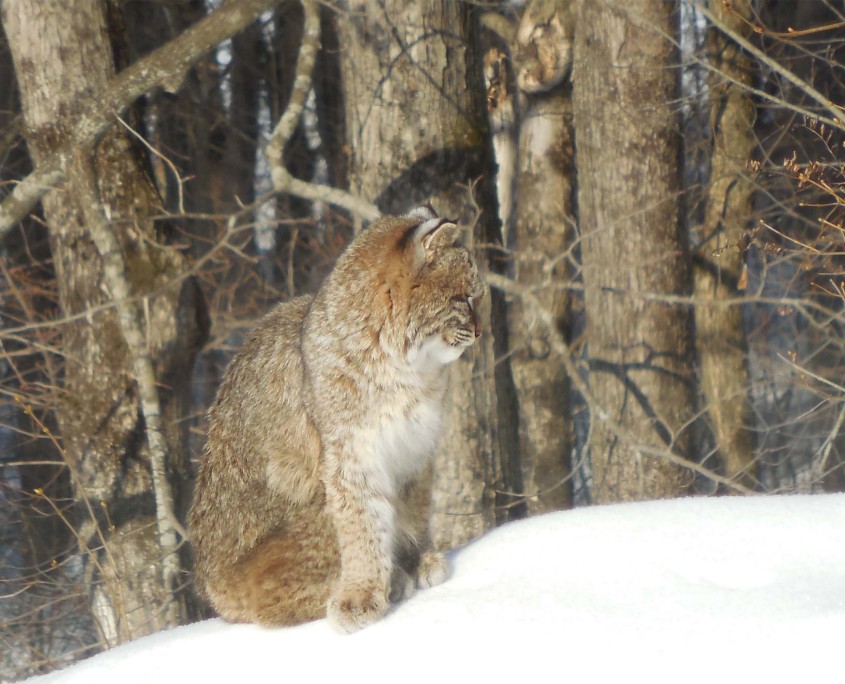 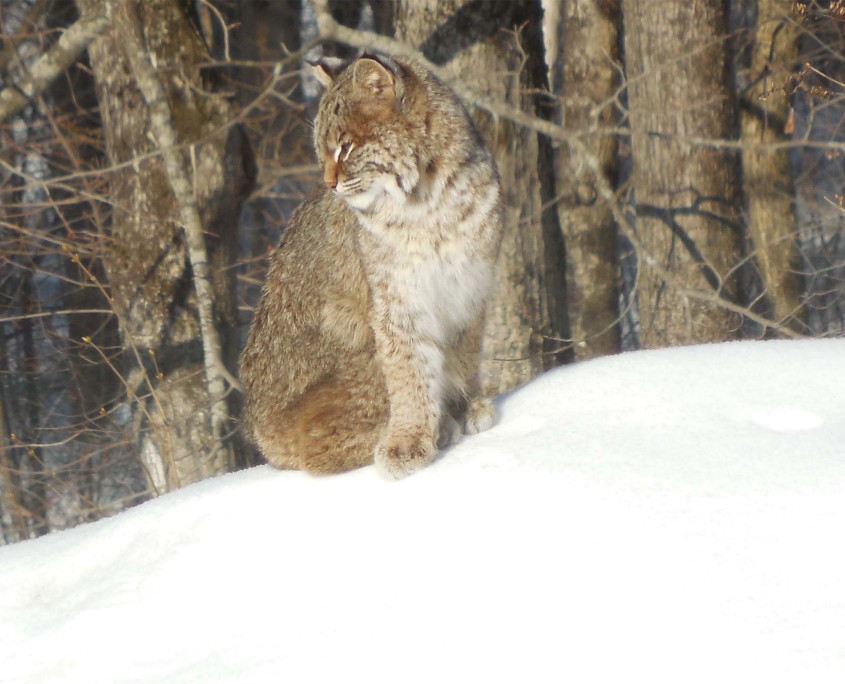 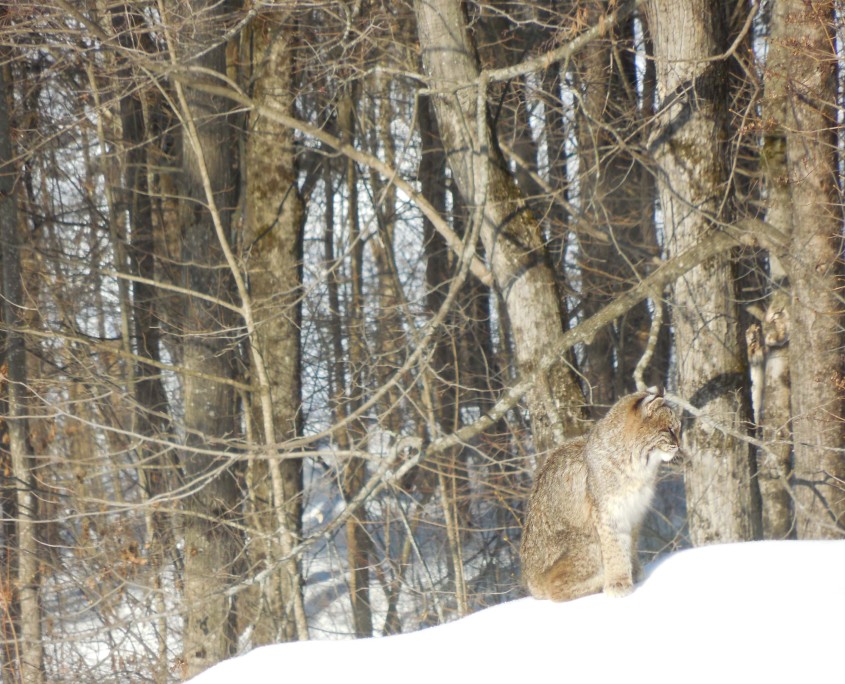 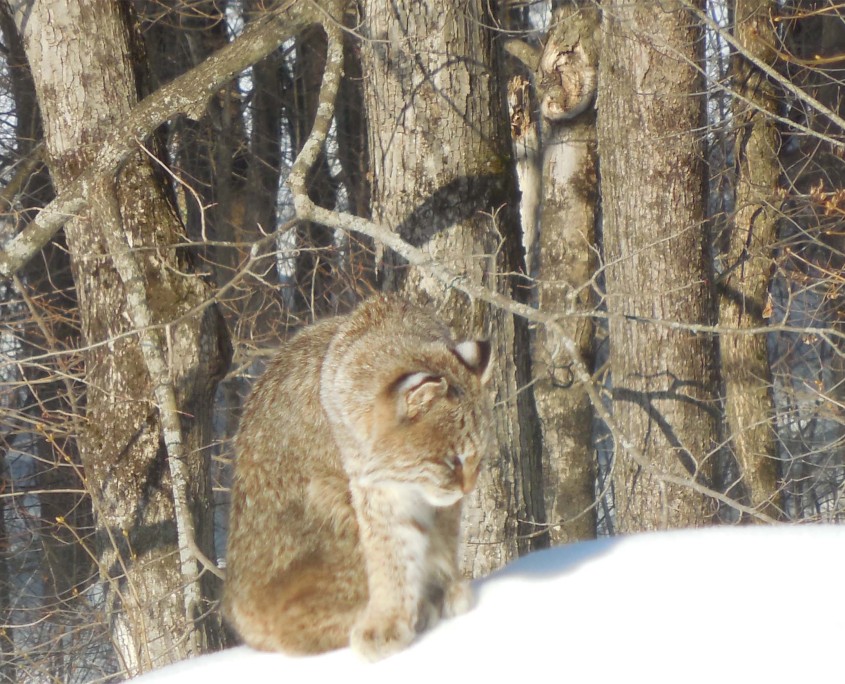 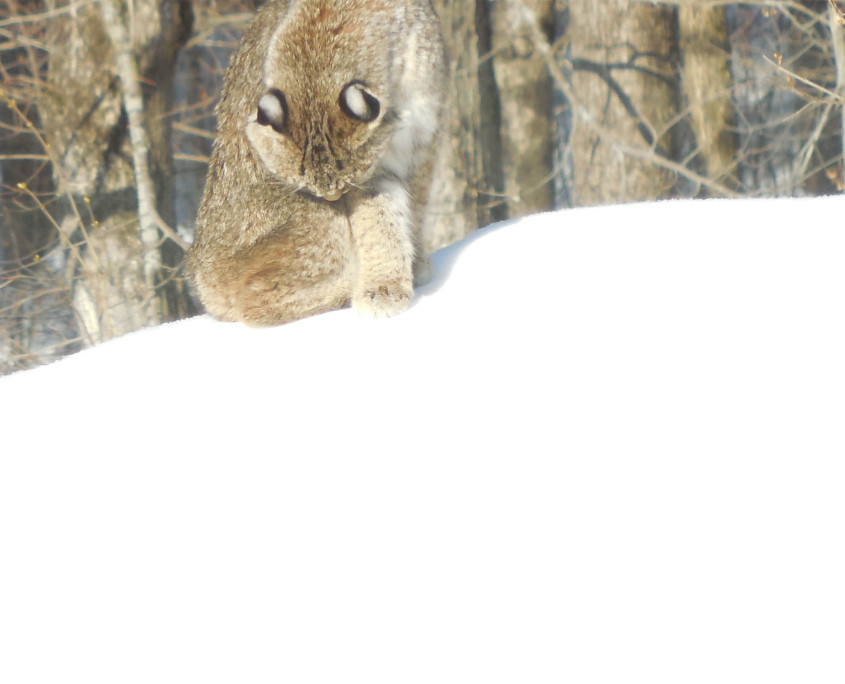 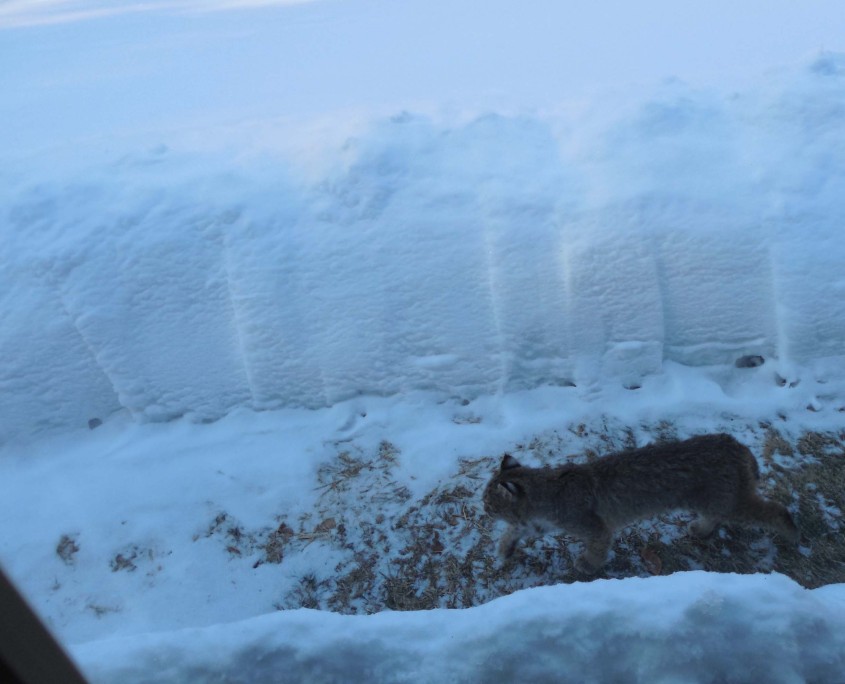 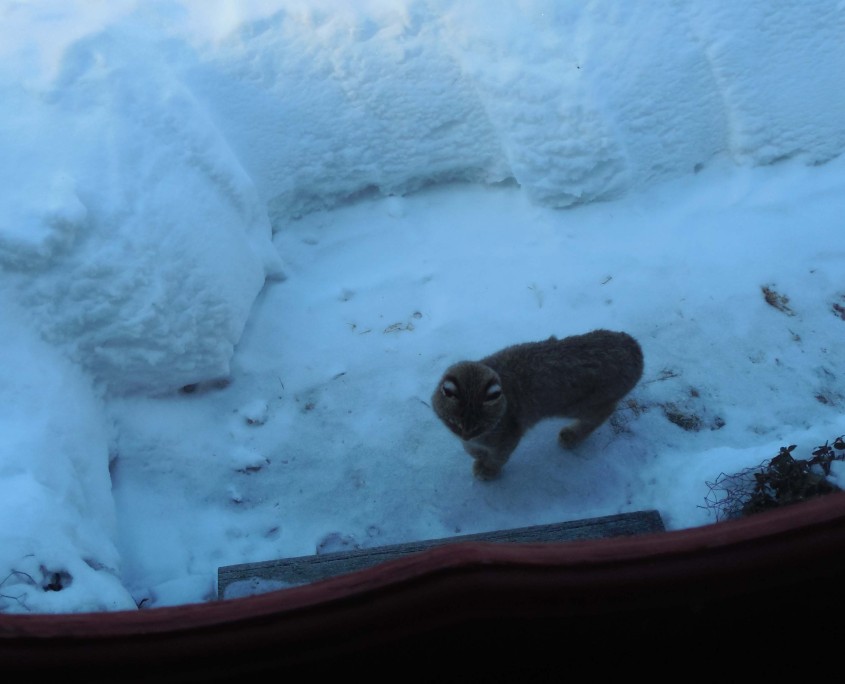 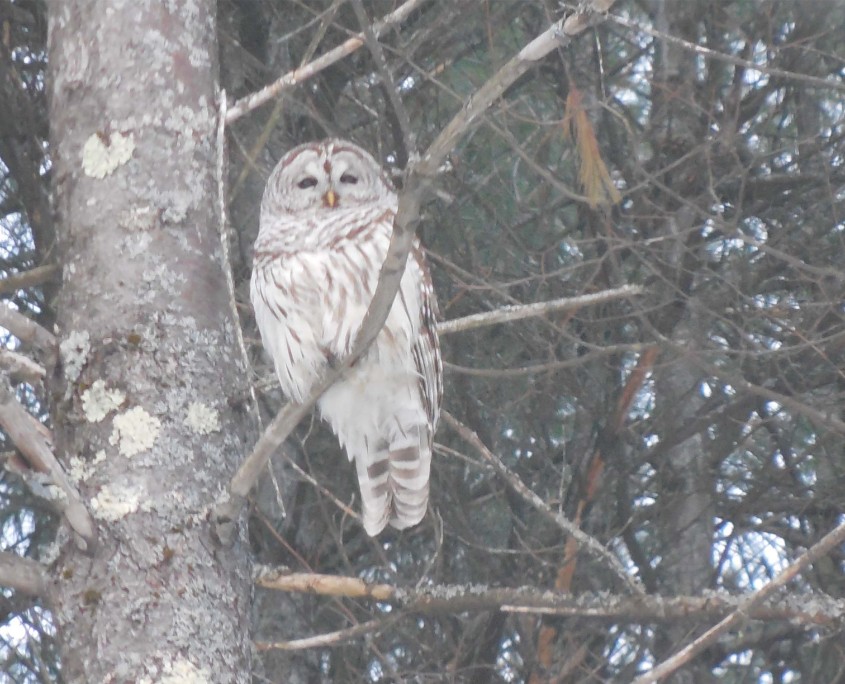 Margaret (“Peg”) Hatch shared these extraordinary views of a normally elusive predator. Peg and her husband Fred conserved their 47 acres on the west slope of Lebanon’s Signal Hill in 1993. They enjoy knowing that it will remain a haven for wide-ranging wildlife like bobcat. Sitings of this bobcat have also been reported near the new Hypertherm facility on Heater Road.

Research indicates that average home range size for a female bobcat in NH and VT is about 9 square miles; male bobcats range over 27-32 square miles. Roads and dense developments can pose real barriers to roaming bobcats. Â Higher traffic volumes lead to greater mortality. New Hampshire Fish and Game teamed up with faculty at UNH to conduct a four-year study to examine the distribution and abundance of bobcats in the state, identify what habitat features they rely upon, develop an understanding of how bobcats respond to expanding human populations, examine the effect of road systems on breeding and genetic diversity and design a method to monitor changes in bobcat abundance. Learn about the study here.

Bobcats usually follow consistent hunting paths to prey on snowshoe hares and cottontails. Their diet also includes mice, woodchucks, moles, shrews, raccoons. Naturalist Alcott Smith points out that wildlife become desperate late in a deep heavy winter such as this one. Itâ€™s hard for some predators to maneuver in the deep snow that makes easier hiding for prey, so bobcats are more likely to approach human habitation for birdseed, suet, dog food, etc. They are known to wait under birdfeeders for turkey and squirrels.