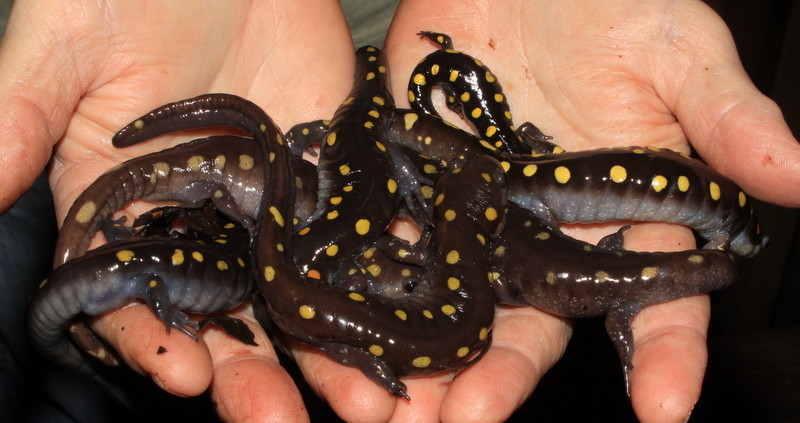 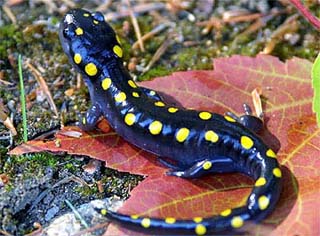 Each spring as the days get longer, the temperatures rise, and the snow melts we get what the environmental community calls “the big night”. As spring rains soak our region and night time temperatures rise to 45 degrees, frogs and salamanders leave their winter dens and migrate, up to a quarter mile, to their breeding pools. While it’s not always just one big night it is a sight to behold.

Amphibians such as wood frogs and spotted salamanders, some of the most common amphibians in the Upper Valley, have what is called “breeding site fidelity”. This means that they return year after year, to the same pool to breed and lay their eggs. Sometimes, these pools are the very same ones they were born in. For many amphibians, the up to a quarter mile journey means crossing at least one road. We all know what this looks like – you’re driving home on a rainy night and all of a sudden the road is covered with frogs. If you’re like me, you try to swerve around them but more often than not only the lucky ones survive. 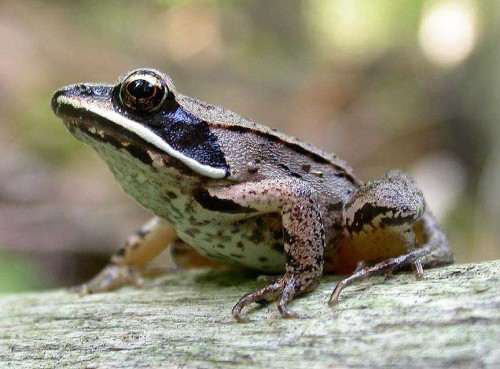 According to an article recently published by Northern Woodlands, “In Canada, biologists surveying a two-mile stretch of road over four years recorded more than 30,000 dead amphibians. Researchers in western Massachusetts found that roadkill rates on rural roads were high enough to lead to localized extinction of spotted salamanders in as few as 25 years. Multiple studies have found that amphibians and reptiles comprise more than 90% of all vertebrate roadkill. In short: if you’re a salamander, roads present a grave danger.”

In the past few years towns in Vermont and New Hampshire have created “Salamander Crossing Brigades” to assist in “the big night” street crossing. From Montpelier to Brattleboro volunteers wearing reflective vests and carrying Salamander Crossing signs hand deliver frogs and salamanders to the other side of the road, helping them on their journey back to their natal pool. These crossing brigades are not only helpful to the individuals getting carried across. In Monkton, VT 10 years of Salamander Crossing Brigades has resulted in the installation of Vermont’s first salamander tunnels. The hope is that these tunnels will help to guide amphibians under the road and away from the threat of cars. This spring Keene, NH will be closing roads that cross through amphibian crossing zones, a decision which was based on years of data collected by Salamander Brigades. 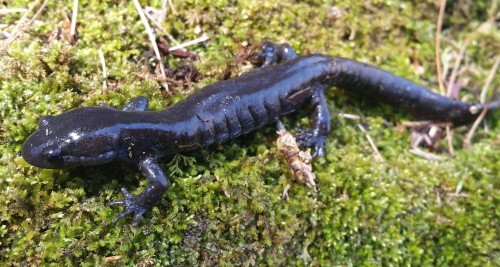 Steve Faccio, of the Vermont Center for Ecostudies, is currently working on a project in conjunction with the UVM Spatial Analysis Lab to develop a GIS model to predict amphibian crossing “hotspots” with funding from VTrans. The pilot of this project is being done in Addison County, VT. Faccio says they “hope to identify significant crossing sites that VTrans can then mitigate with tunnels or other structures if and when those sections of road are scheduled for maintenance/repair work, which would make it much more cost effective.” Steve is also recruiting volunteers for a vernal pool monitoring project. There are several training sessions scheduled for the monitoring project, including one in Norwich on Apr 24, from 5-8pm at Tracy Hall (RSVP required).

Currently there are no salamander crossing brigades in the Upper Valley. But “the big night” hasn’t happened yet in 2018 (as of April 10th) and there is still time! The Upper Valley is expecting warm rain in the next few days and at lower elevations where the snow is gone our amphibian friends may be on the move. 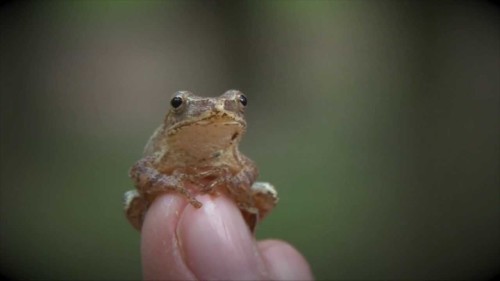 On a warm, rainy night coming soon you might find yourself with the perfect opportunity to help a salamander or two cross the road.

Update: As of April 22nd the frogs are peeping!