Two important Upper Valley farmland conservation opportunities are advancing thanks to recent grant decisions. The 1772 Foundation has awarded $50,000 to be used toward the cost of purchasing a conservation easement on prime, riverfront agricultural land in Claremont, NH. Â The land is owned by Bob and Sue Foulks, who operate an 85-100 cow dairy. The Upper Valley Land Trust applied for the funding after determining that the Foulks property was a significant regional resource because of its outstanding soil quality, and extensive frontage on the Connecticut River.Â  â€œVirtually the entire property is prime soil.â€ said Peg Merrens, UVLTâ€™s Vice President for Conservation, â€œThis land will be an important component of our regionâ€™s future food supply and economy.â€

Merrens notes that the grant award is a key step in moving the conservation effort forward. â€œWe are currently awaiting an appraisal that will tell us what the full purchase cost will be,â€ she said. â€œWith 1700 feet of frontage on 12-A, we expect the value of the easement to be high. â€œ Once the appraisal is complete, Merrens says the next step will be applying for a USDA grant to match the funding UVLT has raised. If all goes well, a decision from USDA could come later in the summer.

Meanwhile, UVLT has received preliminary approval from the Vermont Housing and Conservation Board, which could provide funding to buy a conservation easement on 194-acres at the Richardson Farm in Hartland, VT. The farm supports five households through its diversified business as a dairy farm, sugaring operation and split rail fencing producer. James Thaxton, a UVLT Conservation Project manager, says that the conservation of the Richardson Farm has been a priority for many years. â€œThe family has been thinking about this for a long time,â€ he said, â€œItâ€™s a complex situation and a very valuable and productive parcel of land owned by a family who have been excellent stewards.â€

The VHCB approval allows UVLT to proceed with a final application next fall. Thaxton says the appraised value of the conservation easement will likely exceed the upper limit for VHCB grant awards. â€œWeâ€™ll be asking for a waiver due to the exceptional resources involved.â€ In fact, the Richardson family would also like to pursue conserving another portion of their property that contains an extensive sugarbush and includes the summit of Garvin Hill, the highest point in Hartland and a landmark of the area. Thaxton notes that while the preliminary application for this parcel was not initially approved, UVLT has been encouraged to resubmit again next year so that the land can be conserved in phases. â€œThis is a fantastic opportunity to proceed with a project that will have huge community impact. We know it will likely take several years and weâ€™re thrilled to be moving forward.â€ 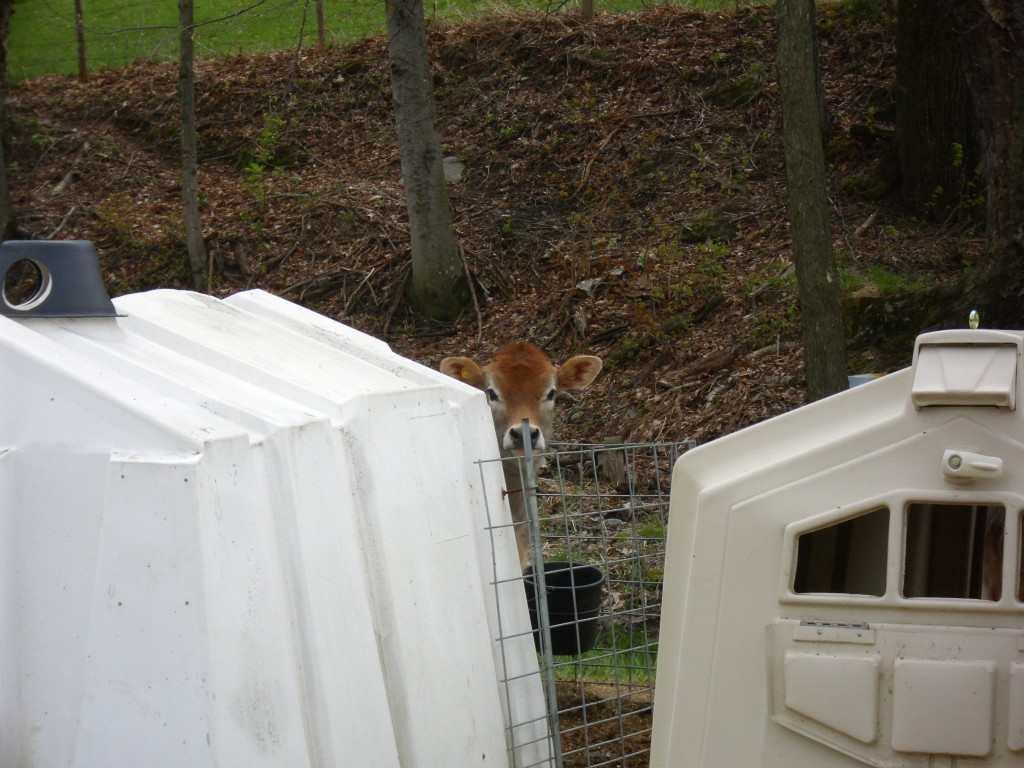 One of the herd at Richardson Farm, Hartland, VT.