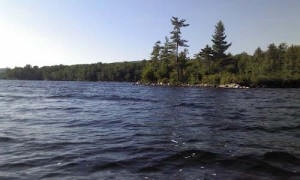 Lake Tarleton was conserved and added to the White Mountain National Forest in an extraordinary local, state and federal partnership.

Tomorrow, friends, family and colleagues of Art Mudge will gather to celebrate his life*. Â But many people who didn’t know Art will also honor him as they appreciate beautiful views, hiking trails, birdsong… gifts of his generosity and advocacy. He left “invisible fingerprints” all over.

Art was one of the Upper Valley’s strongest advocates for the conservation of Lake Tarleton in Piermont and Warren. He and I carpooled on numerous trips to Concord to encourage state participation in that initiative. He encouraged his neighbors in historic Haverhill Corner to conserve one of the most splendid vistas in the region, and he and his wife donated an easement on their lovely property there.

“When Arthur Mudge passed away on May 23rd at age 84, New Hampshire and the Upper Valley lost a good friend, a dedicated conservationist and an avid birder.Â Art had a long and distinguished career as a lawyer and in international affairs as an economic development director for the US Agency for International Development and as a Fellow at Harvard’s Center for International Affairs. 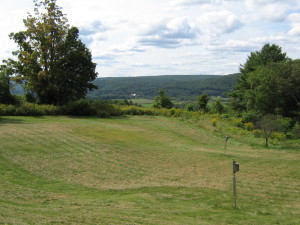 His passion, however, was the outdoors. He used his international working career as an opportunity to hike major mountain ranges on four continents and to go bird watching in a wide diversity of climes. In NH, Art served on NH Audubon’s Board of Directors and in 2012 he was awarded the Society’s “Tudor Richards Award,” an honor given annually to the person who “best exemplifies Tudorâ€™s love and knowledge of the outdoors and who has worked tirelessly and effectively on behalf of conservation in New Hampshire.” In addition to his 18 years on the NH Audubon board, Art served for six years as a trustee of the Upper Valley Land Trust and was a board member of the Nature Conservancy’s NH Chapter.”

Take a moment, on the first day of summer, to listen to nature around you, to feel the wind and sun. And when you are next in Haverhill Corner, look west across the farmfields and river valley. You won’t see his fingerprints, but you will feel his heart.