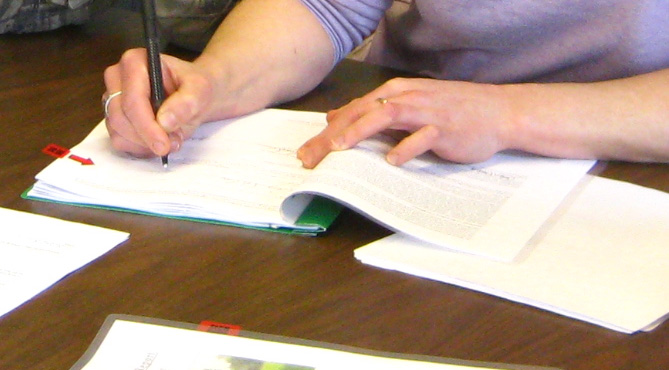 Karin Gross, a senior attorney at the IRS who specializes in charity tax law and conservation easements in particular, was the featured speaker recently in Montpelier and at the Vermont Law School. The topic was narrowly aimed at the perpetual nature of conservation easements, and what that really means when someone has received a tax deduction as part of the benefit of placing an easement on their land.

Most landowners are motivated to give the Upper Valley Land Trust (UVLT) a conservation easement on their land because they donâ€™t want to see their land developed when they no longer own and manage it. Almost universally it is a gift to the future rooted in a strong love of the land, whether it is part of a majestic view or provides a home for abundant wildlife. The message from the IRS is that the statute requiring perpetual protection means a landowner can be assured that their vision will survive nearly any attempt to alter that easement short of a change created by eminent domain.

However, most landowners probably donâ€™t expect their vision to be carried forward precisely as written forever. The land is still privately owned, which implies for many people that the owner still can make many decisions about how to best manage the land. A donor may expect that the easement will provide a conservation context, but that land trust staff will still be â€œreasonableâ€ when it comes to addressing things that arise in the future that were not explicitly addressed in the easement. This often is reinforced by land trusts since good stewardship of conservation easements always involves developing an ongoing relationship with the landowner. Much effort is put into developing a partnership so that any problems which arise are addressed cooperatively to advance mutual conservation goals.

The IRS however views perpetuity very seriously, and their rules mean that what is laid out in the gift cannot be changed. There is no â€œreasonablenessâ€ standard where amendments can be made, even when everyone would agree it might be a net gain in conservation (for example, grouping two separate and allowed house sites together in one location, in exchange for protecting even more land). In a very real sense, a gifted conservation easement means the IRS and its body of easement law is another partner, even if the IRS personnel might also want a different interpretation.

The take away message is that careful thought has to go into drafting an easement that has any donative intent. The language has to anticipate how one might want to use the land, even as new technologies arise or the nature of the area changes, while still protecting the conservation values. One should not think of them as a contract between a landowner and UVLT, but rather a plan that shapes the future in a fairly rigid way. Under IRS rules, UVLT has no right to remake the arrangement, swap values, or give sole discretionary consent to activities in the part of the easement outside areas where change was clearly anticipated, such as sites reserved and designated for future houses. UVLT can only agree to increases in conservation value (for instance, eliminating a planned house-site) that donâ€™t involve any element of a trade with the landowner. The baseline documentation that details the landâ€™s state at the point of the gift is the benchmark against which future questions that arise are tested. When the law creating conservation easements was written, amendments were not considered in keeping with the public benefit the easements were designed to protect. Currently there is a national discussion involving many parties to explore ways that the IRS rules could be updated to allow for easement changes that improve conservation outcomes (for example, moving a reserved housesite to better protect habitat that wasnâ€™t recognized as high value at the time the easement was initially created). However, such legislation or rule making will be fairly far in the future and probably only allowed by a disinterested third-partyâ€™s consent which is connected to a judicial proceeding. It is unlikely it will ever be just a landowner and land trust reaching a mutually agreeable decision that also upholds charitable values.

Conservation easements are uniquely generous arrangements in a charitable law context â€“ they are the only example where donation of a partial interest is allowed. In recent history the IRS allowed deductions against 100% of oneâ€™s income with carry forward of 15 years. Every other charitable donation is limited to 30% and 5 years. However, this generosity (over $2 billion of public conservation easement value is donated annually) comes with a strict interpretation of public benefit â€“ they are never just agreements between donor and donee, and they must be â€œgranted in perpetuityâ€ and â€œenforced in perpetuity.â€ Because of this, they give private landowners immense power to shape a communityâ€™s future and provide for a better world for generations to come. Please join UVLT in that work. 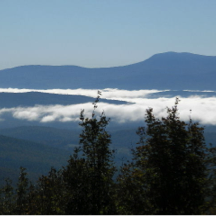 For all the Land Gives Us
Scroll to top