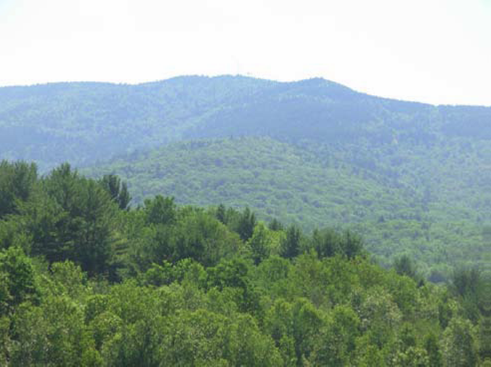 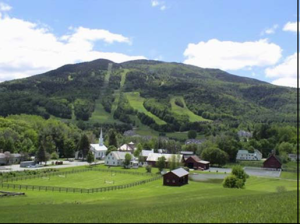 UVLT has completed its largest conservation easement to date — covering nearly 1600 acres on the slopes of Mount Ascutney in West Windsor. The transaction was led by the Trust for Public Land with the Town of West Windsor and many partners and funders. The easement links together and protectsÂ an ecological hotspot, a significant trail network, aÂ public drinking water source serving 750 peopleÂ and the prominent backdrop of the village of Brownsville. The Town purchased 468 acres of ski slopes and forest formerly belonging to Ascutney Mountain Resort and added those to the existing 1,112-acre Town Forest. The conservation easement is co-held by UVLT and the Vermont Housing & Conservation Board (VHCB).

â€œThe conservation of Ascutney Mountain, along with permanent protection of West Windsorâ€™s Town Forest, has created an opportunity for the town to craft a new vision for its futureâ€, said Rodger Krussman, Vermont state director of The Trust for Public Land. â€œCommunities all across New England are learning the benefits of owning and managing their local forests, providing people places to play close to home, outdoor classrooms for our kids, economic benefits for our local businesses, and natural resource protection for our wildlife.â€ 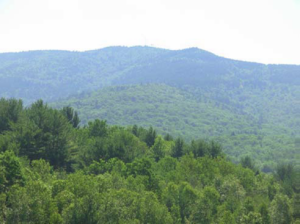 Mount Ascutney is a â€œmonadnock:” an isolated mountain of erosion-resistant rock rising above a surrounding area worn flat by water and ice. Approximately half of Mount Ascutney is currently conserved as Ascutney State Park and Weathersfield Town Forest. The Upper Valley Land Trust holds conservation easements on over 1000 acres of this land, as well as 350 privately-owned acres nearby. The new easement more than doubles UVLT’s stewardship role in the area. 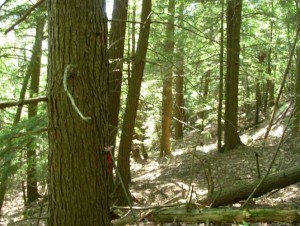 According to Vermont Biofinder, a state-wide analysis of ecological priorities, West Windsor Town Forest is a hotspot for biodiversity, containing twelve state-significant natural communities, rare plant and animal species, vernal pools, and a rare physical landscape. The property is located within one of the largest undeveloped wildlife corridors in southern Vermont.Â The Vermont Natural Heritage Program considers Mount Ascutney as the best example of elevation-dependent natural community variation on acidic soils in the state, and probably among the best in all of New England. The area is notable for its stands of spruce that extend to lower elevations than usually found in Vermont, while oak trees ascend to a relatively high elevation. This overlap results in unusual natural communities that include mixes of oak and spruce, with hemlock often present. The property also supports cliffs, outcrops, and talus slopes, a number of scenic waterfalls, and 1.4 miles of headwater streams. The propertyâ€™s residents include deer, moose, bear, bobcat, fisher, ruffed grouse, snowshoe hare, porcupine, amphibians, and migratory songbirds and raptors. 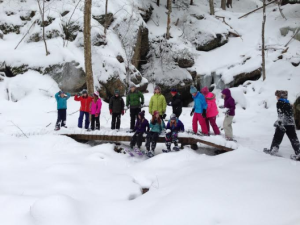 The property Â is Â used by school groups for recreation and ecological study.

Recreational use of Ascutney Mountain goes back over 150 years; the first trail on the mountain was surveyed in 1857. The Ascutney Trails Association was formed in 1903 under the name Ascutney Mountain Club, and is one of the oldest hiking organizations in the country. The earliest sanctioned skiing on Mt. Ascutney dates back to 1935 when the Civilian Conservation Corps and the Windsor Outing Club opened the Mt. Ascutney Trail. In the years since, townspeople have built 30 miles of high quality hiking and mountain bike trails located on the Ascutney Mountain Resort property and the adjacent town forest.

The West Windsor community is rallying behind a vision to diversify its recreational attractions by further developing and marketing the highly regarded Ascutney Trail Network. Mount Ascutney Outdoors, a non profit group, has formed toÂ establish a small, low-impact, community ski area on the lower slopes, within a 120-acre area. Many of the upper slopes of the former ski area will be allowed to regenerate, with those left open used for backcountry skiing.Â  The lower ski slopes will be left open for the community ski area, sledding and other downhill recreation. 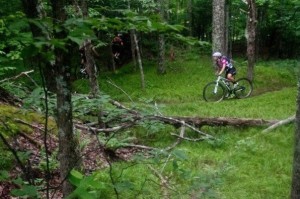 More than 30 miles of trails are protected on the newly expanded West Windsor Town Forest. Some will be dedicated only to hiking, others available for mountain biking and horseback riding.

UVLT’s John Roe, who coordinated the development of the easement and a Community Forest Management Plan,Â said â€œThis transaction offers an unusual opportunity to monitor ecological integrity and recreational uses in the same natural system.Â  The goal is to have both thrive, and the easement contains new adaptive management techniques to be successful.â€

TPL reports that the total cost of the Ascutney Mountain Project was $915,000, supported by $302,500 from the Vermont Housing and Conservation Board, $177,050 from Open Space Instituteâ€™s Community Forest Fund which invests in the creation and expansion of community forests in Northern New England, and $105,000 from the Town of West Windsor. Â Grants were secured to date from: The Conservation Alliance, Bafflin Foundation, Outdoor Happiness Movement, Jack & Dorothy Byrne Foundation, Fields Pond Foundation, Davis Conservation Foundation, Wurster Family Foundation, Mascoma Savings Bank, Frank and Brinna Sands Foundation, J.B. Cook Foundation, Outdoor Gear Exchange, an anonymous family foundation, and donations from over 115 individuals from around the country.

Conservation and Trails: Reflections Regarding Closed Trail in Plainfield

Scenic Beauty to Revel In
Scroll to top