On February 20th, UVLT held our20th Annual Conservation Commission Gathering. Participants came from 15 towns across both states to spend the evening having dinner, chatting with their fellow commissioners, and learning about topics presented by the UVLT Staff.

The topics presented were “Tools for Conservation in Your Town: Incentives for Forest Block Planning in Vermont” which was presented by UVLT Vice President of Stewardship and Strategic Initiatives John Roe and focused on Vermont’s Act 171 which requires Vermont towns to begin adapting their town plans toÂ identify and work toward preserving forest blocksÂ andÂ habitat corridors. The handout from this presentation can be found here. 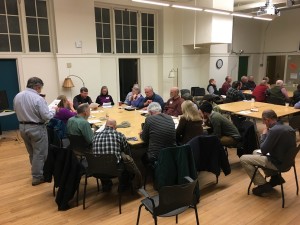 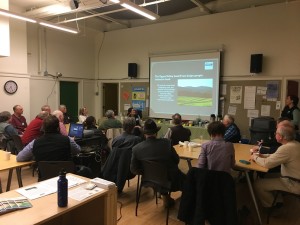 A complied document of all the Conservation Commission Reports can be found here.