Sunday was a perfect day for a hike – deep blue sky and clear cooler air. We started on Route 25C with owner approved admission through land owned by Kingswood Camp. We walked through sun dappled mixed woods along a well cleared and laid out trail accessing Piermont Mountain from the north. 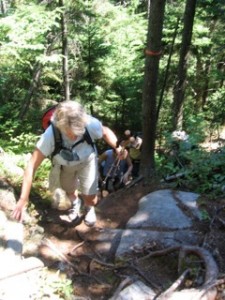 Our entire group of nine was curious about this all but unknown route. Most of the first mile or so was easy to moderate with a few short steeper parts. The trail then became more constantly steep with several scrambles over and around the frequent ledges. After attaining the ridge the trail calmed down except for a few short scrambles to remind our legs that we were on a mountain. About a quarter of a mile before the summit, we reached a lookout facing southeast that called for a pause. 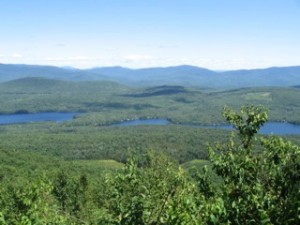 When we continued on we soon reached the top for a grand view of Mount Moosilauke. We also appreciated the sight of Black and other surrounding mountains along with the lakes below. We took our time enjoying our reward and then retraced our steps back down the trail.

A few of us decided to stretch out the fun with a swim at nearby Lake Tarleton and a stop for ice cream. It was an afternoon well spent – for our minds, bodies and dispositions – with the bonus of being with a group of nice people. 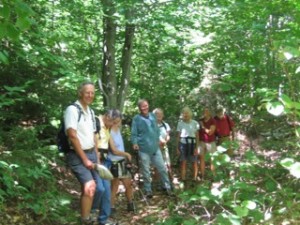 Join us some Sunday! 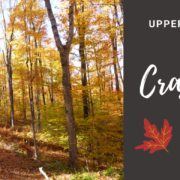