CORNISH, NHâ€”The Upper Valley Land Trust, with assistance from New Hampshireâ€™s Land and Community Heritage Investment Program (LCHIP) and the Town of Cornish, has purchased a conservation easement on the 165-acre Fitch Farm, a grass-fed beef and tree farm. Sitting atop Dingleton Hill, the farm is central to the scenic landscape that inspired artists of the Cornish Colony in the late 19th and early 20th centuries, and which continues to draw visitors and photographers today. In the Fitch family since the 1770’s, it is one of Cornish’s last remaining intact farms, providing a deep connection to the past. As a community-defining landscape, the protection of Fitch Farm was a high priority of the Conservation Commission and received a sizable grant from the stateâ€™s LCHIP fund due to its significant cultural and natural resource values.

â€œWe are thrilled to be able to help the people of Cornish and the Fitch family to realize this longstanding conservation goal,â€ says Jeanie McIntyre, Upper Valley Land Trust President. The land includes 38 acres of open land and 125 acres in forest, all bounded by stone walls, plus 2-5 acres of water features, including ponds, brooks, and wetlands. A dairy until 1966, the Fitch Farm has been farmed by the Fitch family for eight generations. In this time, the landscape of the farm with its historic and scenic attributes has changed very little.

The Fitches raise Highland cattle, maintain a working forest and sugar bush (with a horse team), and operate a small portable saw mill on the farm. The forested portion of the farm received Tree Farm status in 1959, making it one of the State’s first Tree Farms.

The town has identified the Fitch Farm as a “keystone property,” ranking it among the highest conservation priorities. In the words of the Cornish Conservation Commission, “the Fitch Farm plays a vital role in the wildlife/conservation corridor extending from Yatsevitch Forest to the Connecticut River.” The conservation of the Fitch Farm will help link other conserved land in a greenway from west to east across Cornish. The conservation easement will ensure that the farm remains free from development and damaging land use practices that might degrade important agricultural, scenic and wildlife resources.

Colleen O’Neill, of Cornish, gave her support for the use of town funds to assist in the conservation of the Fitch property, â€œOpen land is an endangered resource with all the pressures of development. Here in Cornish, we have the lasting legacy of those who have had the vision of conserving/preserving land, open fields and wooded forests, as well as breathtaking vistas. We are all the richer for it and the benefits will outlive us. Generations to come will be most grateful for what we do now in terms of land conservation.â€

The Fitch project is an outgrowth of a broader conservation effort, the Cornish Art Colony Conservation and Historic Preservation Project, which was initiated in 2001. This project resulted in the protection of several Cornish Art Colony properties, and was initiated by community members working together with the Upper Valley Land Trust, supported by grants from Save America’s Treasures, the New Hampshire Charitable Foundation, the Trustees of Saint-Gaudens Memorial, and numerous others. In addition, the Fitch Farm project satisfies all seven attributes for a high priority conservation project as identified by the Cornish Conservation Commission’s recently drafted Conservation Plan and is consistent with the Upper Valley-Lake Sunapee Regional Plan.
http://uvlt.org/wp-content/uploads/2021/09/uvlt-logo-stacked.png 0 0 Jeanie McIntyre http://uvlt.org/wp-content/uploads/2021/09/uvlt-logo-stacked.png Jeanie McIntyre2009-01-30 19:01:002013-12-23 14:21:02High Priority Conservation Project Completed in Cornish

Colleagues and Partners Join to Advocate for Housing and Conservation 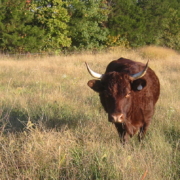 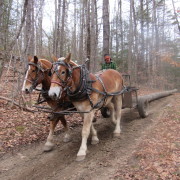