Peg Merrens, Pete Helm and I joined conservationists and housing advocates from across Vermont at Shelburne Farms yesterday. The occasion was the 25th anniversary of the legislation that created the Vermont Housing and Conservation Board (VHCB).

Governor Madeleine Kunin signed the Vermont Housing & Conservation Trust Fund Act into law on June 11, 1987. Twenty-five years later the wisdom of this innovative Act has been proven — thousands of units of affordable housing created, hundreds of thousands of acres of productive farm and forestland conserved, dozens of community landmarks protected and restored. Even more significant is the way that VHCB has pursued its mission — by strengthening its non profit partners and increasing local capacity to address the needs of Vermont communities. The Coach Barn at Shelburne Farm was filled with displays and testimonials from so many housing, conservation and community development groups, and it was really fun to hear the recollections and inspiration of civic leaders from across the state who have contributed to VHCB’s accomplishments.

VHCB’s investments in the Upper Valley began almost a quarter century ago. Farrell Farm, in Norwich (the spectacular site of our recent annual meeting) was conserved with local fundraising and a major grant from VHCB in 1991. Wrights Mountain, Middlebrook Valley, Weathersfield Bow and Weathersfield Center, Brookside Farm and the Hazen Trail in Wilder, and recently the Cook Farm in Bradford and farmland in Thetford were conserved with VHCB funding. All in all, over 100 UVLT conservation efforts have earned VHCB support.

Yesterday we learned that VHCB has spent about $250 million for conservation and housing over the last 25 years and these grants have leveraged another $1 billion of funding through private and nonprofit sources, as well as federal grants steered to the state by Vermontâ€™s Congressional delegation. Everywhere in the state you can see the results — VHCB has strengthened place, economy and community in profound and enduring ways. 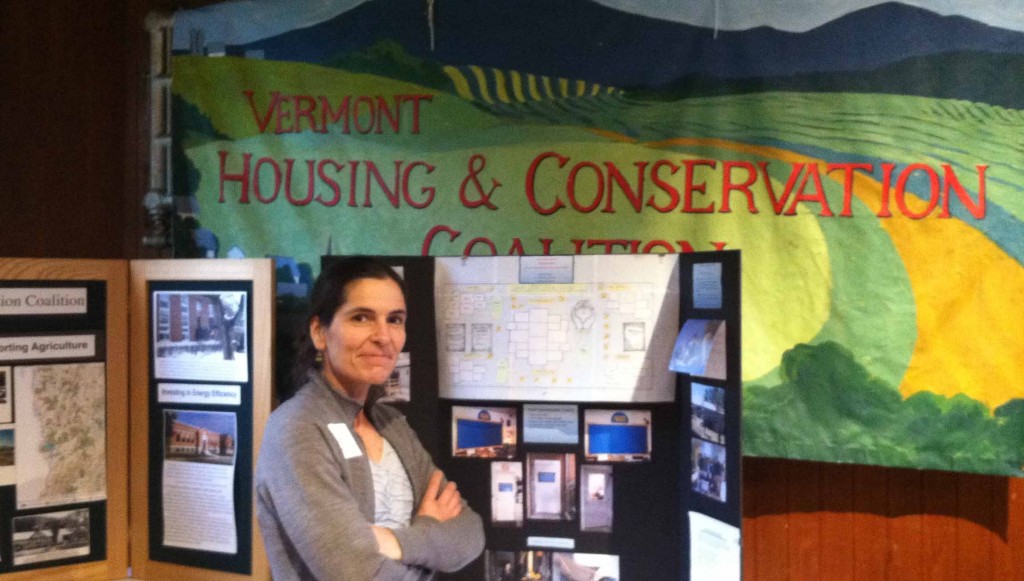 Upper Valley Land Trust’s VP of Conservation, Peg Merrens, enjoys some of the many displays at VHCB’s 25th Anniversary celebration.

Voice Your Support of the Vermont Housing & Conservation Board!

A Farm Legacy Protected In Bradford