In many locations the eastern margins of the upland portions of the Palmer Forest are abruptly edged with bands of cliffs. At several points there are fine views east across the Connecticut River valley to the mountains of NH.

The 472-acre Palmer Forest is located on east-facing slopes of the Thetford hills. Conserved in 2006 by Arlene Palmer and her late husband, Arthur, the property is one of the most significant tracts of wildlife habitat in Thetford.

Hiking, running, snowshoeing, and skiing and off-trail exploring are allowed throughout this privately-owned working forest. There are woods roads for forestry purposes, but trails are not maintained. Except for snowmobiles on a locally-maintained VAST trail, motorized vehicles are not permitted. 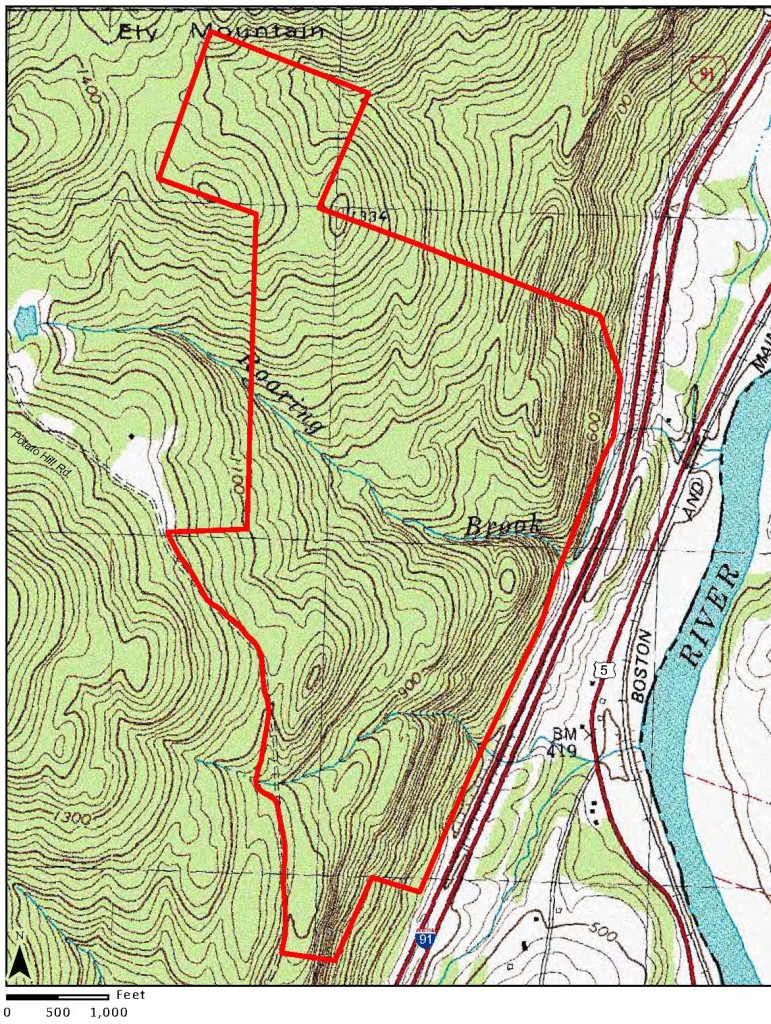 The best access to the Palmer Forest is via Potato Hill Road, a portion of which is not maintained.

From I-91, Exit 14, turn east off the ramp onto Rte 113 (a right turn if coming from the south), then turn immediately LEFT onto Lathem Road (just east of the northbound entrance ramp and opposite the Park and Ride). Â Follow Lathem Road north approximately 1.8 miles; where it turns sharply right, turn left on Turnpike Road. In a short distance, cross under I-91, then take an immediate right on Potato Hill Road South. Â The road climbs steeply for about a half mile to the end of the maintained section and there is room to park on the shoulder there. The Palmer Forest begins about 400 yards up the non-maintained section on the right. Winter directions: Travel to the end of the plowed section of Potato Hill Road. Park on the right. Walk in. Â The first woods road log landing on right is the beginning of the Palmer Forest (steel cable across road entrance). The 2nd woods road on right with a steel gate is the main access. These two graded management roads wind downslope from Potato Hill Rd. and feed networks of woods roads which provide access to much of the central and southwestern portions of the property. The woods roads generally run north/south. Some connect for loops, but most don’t.

From Potato Hill Road, the terrain is rolling and variable, with relatively level terraces flanking rocky ridges. Areas of deeper soils are dominated by white pine; thereâ€™s hemlock in the deep stream cuts and areas of low, wet ground; and hardwood, including oak, on the upper slopes. Two streams pass through the property; each originates on the slopes of High Peak to the west and drops through a series of scenic pools and falls. The northern stream, Roaring Brook, is the largest, and it carves a prominent cleft into the profile of the ridgeline of the Thetford hills. 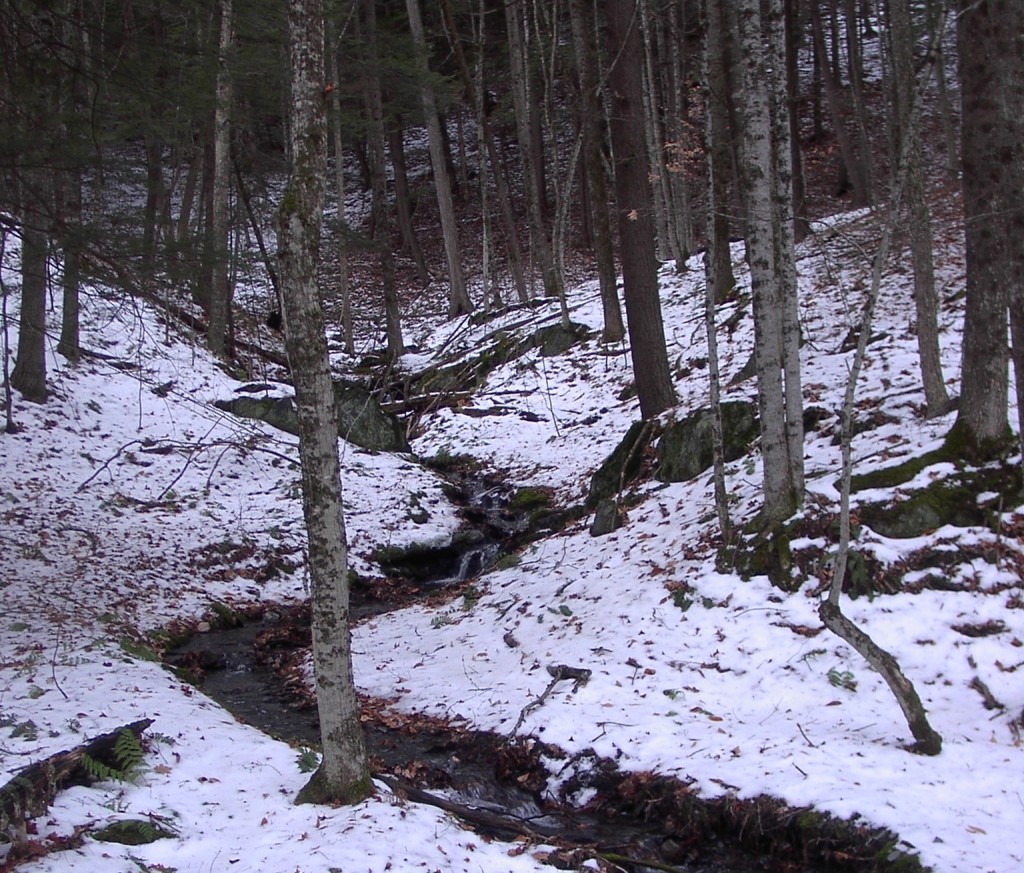 The Palmer Farm, typical of the original farms laid out along the Connecticut River, historically extended westward from the river and included both good riverfront tillage and rockier high ground, which was utilized as pasture or woodlands. The Palmer Forest was cut off from the rest of the farm when the expressway was built in the 1960â€™s. Grades of old farm roads can be found along the west side of the highway; once routes leading up from the farmstead they have lain abandoned for nearly 50 years, and have mostly grown in. These eastern portions of the property, closest to the farmstead, are now its most isolated areas, separated by bands of cliffs and ledges that rise 400Â± vertical feet on slopes which average ~50%.

Trail Update: Stones Among the Frost

“This Land Belongs to Vermont, not the Andruses”
Counting Farms: Growing Small in NH and VT Farmshares: A Sign that Spring is Coming!
Scroll to top