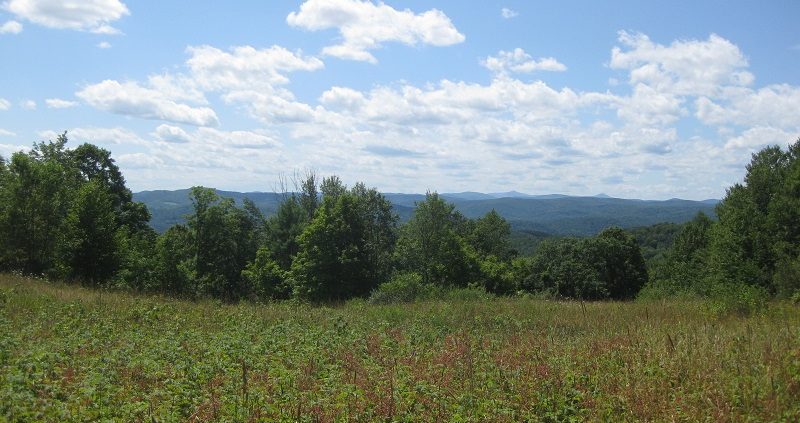 In 1982, a woman (who wishes to remain anonymous) purchased 6 acres with a small camp and pond because it was adjacent to a good friend’s seasonal home.  Now more than 35 years later, that purchase has led to the conservation of 92 acres that she has come to know and love.

Even after moving from Chestnut Hill, MA to Sonoita, AZ, she continued to return to Vermont every summer to spend a couple months with friends and family. In 2011, when property adjacent to her camp was going up for sale, she bought it to keep it from being developed.

Her land is on the west side of Clifford Farm Road, north of the intersection with Fay Brook Road. Most of the parcel is forest that has grown up on abandoned pasture starting over 50 years ago. The southern end of the property contains a more mature forest that has been growing for over 80 years. There are old town and woods roads, stone walls, apple trees, and cellar holes and foundations marking sites of abandoned homesteads. But it’s the 12 acres of high, open land that put the property most at risk. 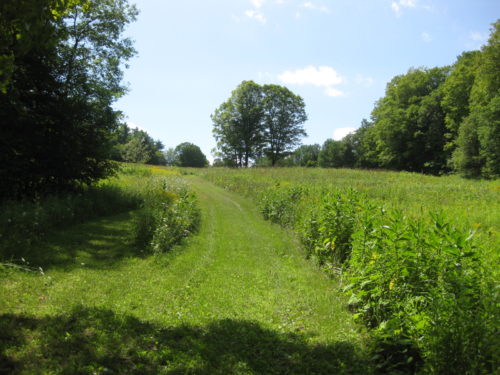 Rising to 1350 feet, the meadows in the north and west ends of the property are remnants of old hayfields which once supported a local dairy farm but now provide habitat for birds and pollinators. This land is mowed annually, late in the season, to maintain the grasses and milkweed.Over 2,000 monarch caterpillars were counted here last year, which was a significant increase from past years when the counts were closer to 200. 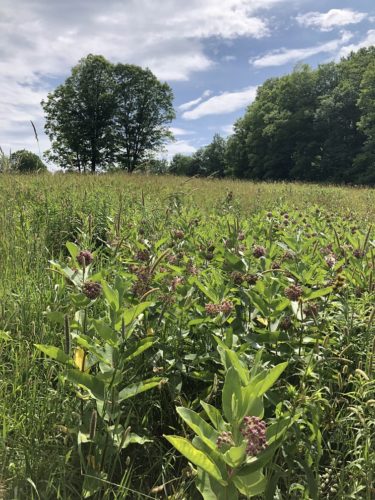 From the height of land in the southern most meadow, views to the southern and central Green Mountains are expansive, spectacular, breathtaking. The owner would hate to see someone build here. 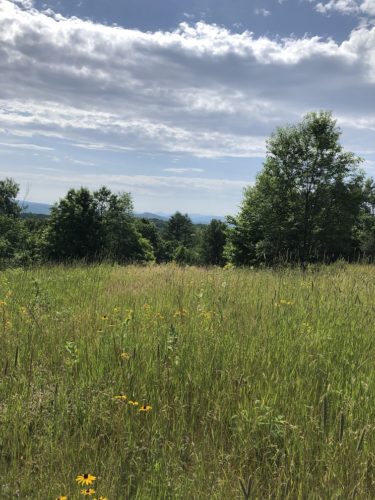 So, as she arranged her estate planning, she gave to this place generous protection that will last forever. Working with UVLT, she donated a conservation easement that will allow a future owner to enjoy the camp and nearby pond, and will prevent development of the forest and meadows, including the top of the hill. 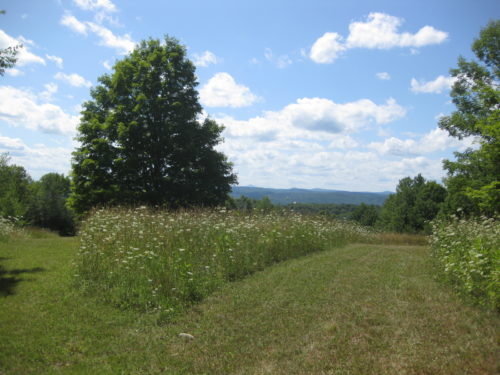 This land is located in an area prioritized for conservation by the Alliance for VT Communities. The owner hopes that her decision about what’s right for her land encourages more conservation in the area. She’d like to think that neighbors might be the next owners of her property, for she knows how they enjoy the trails and views. Regardless of what comes next, she is comforted to know that this place that has given her so much will be permanently protected.