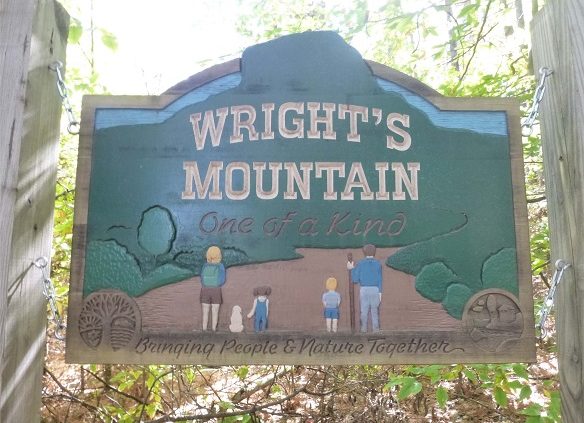 It’s been twenty five years since the town of Bradford, Vermont purchased and conserved 200 acres of land that includes the summit of Wright’s Mountain. Our Spring 1995 newsletter described the property like this: “An old woods road leads through the property for ¾ of a mile to the open summit ledges which afford a westerly view of the Waits River Valley and the Green Mountains. Except for the exposed ledges, the property is completely forested. Northern hardwoods dominate, although softwoods grow on the ridge, and several dense stands are used as deeryards.” 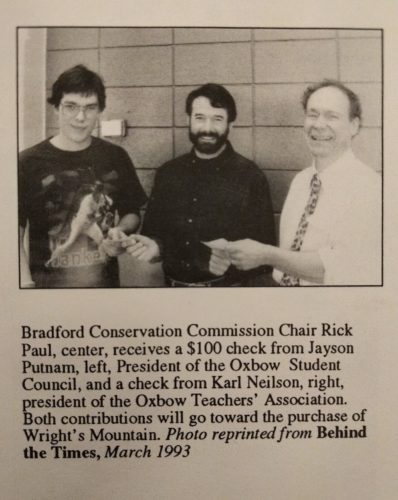 In the early ‘90’s the Bradford Conservation Commission had launched a stalwart effort to raise the funds to buy the Wright’s Mountain property when it went up for sale, fearing that land that had long been open to the public might be bought and posted. At that time Rick Paul, then Braford Conservation Commission Chair, said of the property, “Since Wright’s Mountain has been open to the public for 75 years there is a well-established recreational and educational use pattern on the land…Bradford feels that there is a definite need to keep this land open to the public and preserve it as a natural area forever.” 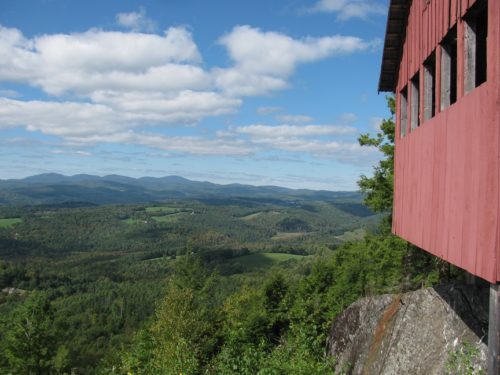 Views from the summit of Wright’s Mountain

How things have changed, and how they have stayed the same.

In the twenty five years that have passed since the Town’s first purchase at Wright’s Mountain, trails have been built, and parking lots established and expanded. In 2011, the town purchased and conserved another abutting 60 acres of forestland. The initial conservation of Wright’s Mountain was due to the efforts of Rick Paul and his colleagues in the early years of Vermont Conservation Commissions. Building on that hard work and effort, Nancy Jones brought tenacity and creativity to the commission that has kept the community engaged in naming and stewarding trails, learning about nature, and celebrating local pride in this special place.

On December 1, UVLT President Jeanie McIntyre joined Nancy Jones and about 30 others at the Wright’s Mountain trailhead for an anniversary event that included music and a bonfire. Jeanie shared her observation that the Bradford Conservation Commission, through its work at Wright’s Mountain, had inspired and informed local groups throughout the Upper Valley to think boldly about the land resources that are most important. “You all demonstrated what is possible. Your successful efforts made people think about what they could do,” she said. “I would like to thank you on behalf of Upper Valley residents everywhere.” 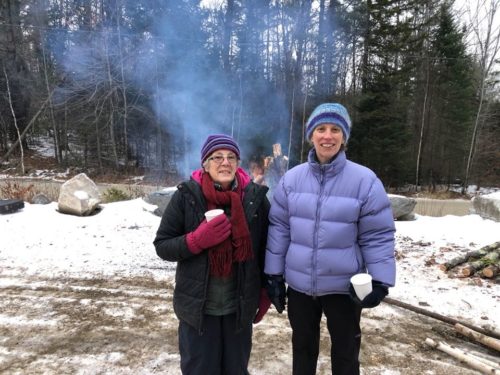 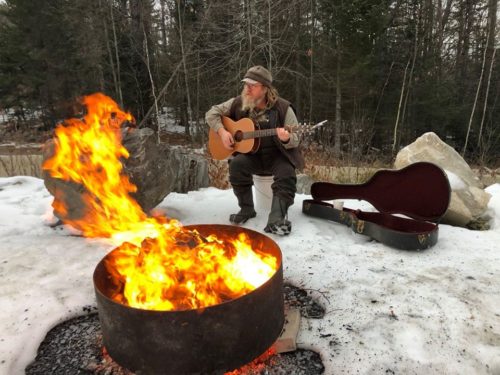 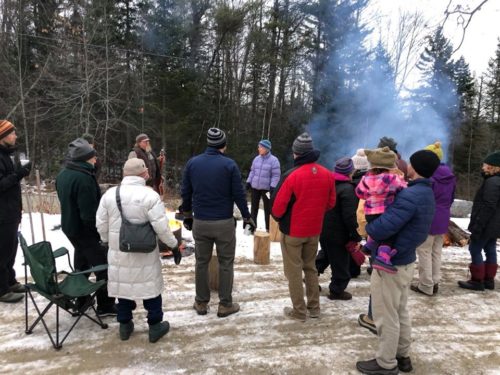 Jeanie McIntyre speaking to the crowd. (Photo by Monique Priestley) 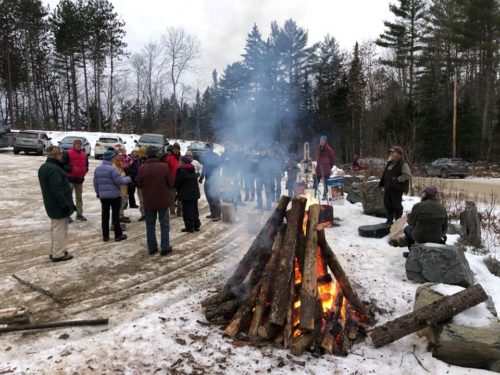 Getting to know “Helenâ€™s Haven”

Permanently Protected: Forests, Fields, and a Spectacular View in Sharon
Scroll to top