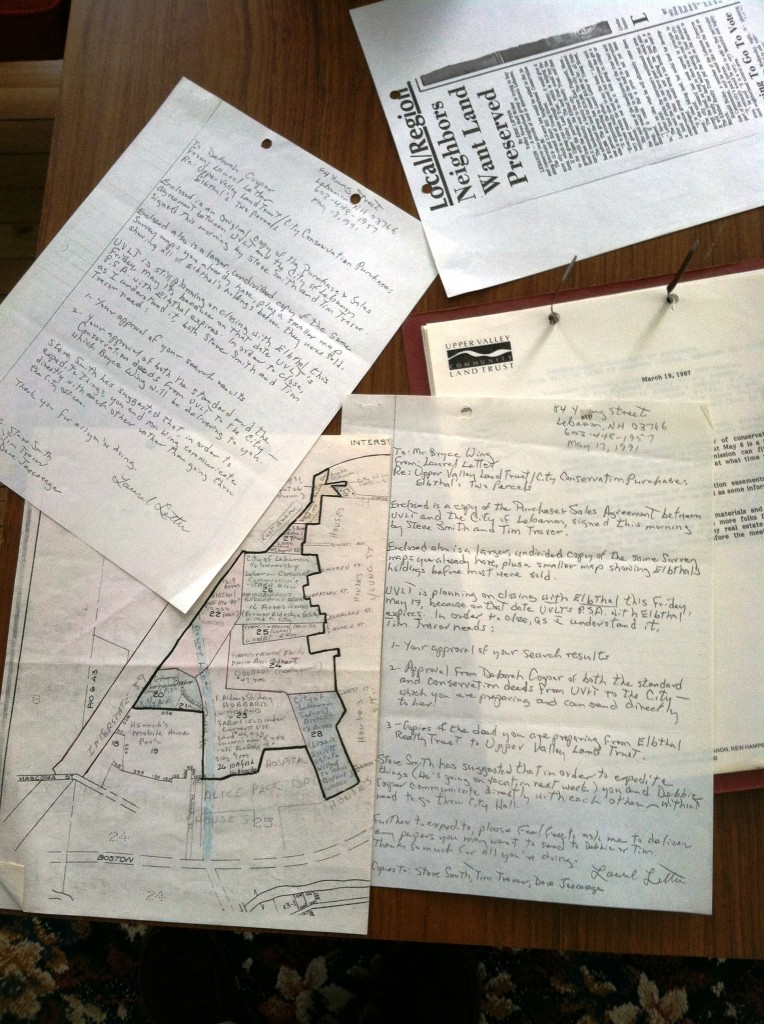 Laurel’s handiwork: all conducted without the aid of computers, faxes and printers. Mark Goodwin, Lebanon City Planner, said “Although I never met Laurel, her substantial efforts related to conservation have frequently been observed during my decade at City Hall. Pre-GIS, there was the famed, Laurel Letter map, that highlighted existing conservation lands. I used that for 6 years prior to finally transferring all the information that she had collected to my GIS database. Additionally, in organizing all the materials associated with the conservation properties, I have observed first-hand the numerous letters of correspondence that are testament to her countless hours of volunteer contribution, dedication, etc. “

Laurel Letter was not a conservation leader. At least that’s what she would have said. She would say that she did not have expertise or confidence, she would ask for advice about next steps. She would offer to assist, to gather information. She would make it easier for others to lead – actually, she made it impossible for others not to lead. That’s how Laurel Letter made things happen.

In the 1980’s Laurel knew her Young Avenue neighborhood in Lebanon as well as anyone, and she especially knew that a small patch of nature was wedged between the close blocks of homes and the Interstate Highway, and she treasured the importance of this little piece of forest and boulders with its vernal pool and wetlands. So when the Upper Valley Land Trust came into existence, Laurel was one of our earliest visitors,  with stories of children building forts among the rocks, and adults stepping into the woods for quiet evening walks. Laurel’s patch of nature was called “Starr Hill.” A portion of it was owned by the City of Lebanon, but there were two undeveloped tracts that belonged to a developer who planned to construct condominiums.

I was new at UVLT, and only working part time when Laurel got the idea to conserve Starr Hill. In those early years I’m sure there were weeks when she was in the office more than I was. To begin with, she first had to figure out what the City owned, which led her to research and map a catalog of all City-owned properties of conservation interest (no list existed at that time). Then she needed to explain to the City why the ownership at Starr Hill should be expanded and why it should be conserved. And how conservation easements work. And how it would be paid for (but that part comes later).

To be honest, Laurel also had to persuade UVLT that the conservation of Starr Hill would be valuable. It’s not a big area and it doesn’t hold rare or unusual features – it’s not “charismatic.” But it is loved. That was the truth that Laurel presented every time she walked through our door.

Laurel’s efforts went on over years. The property went on the market, there were legal notices about tax and mortgage delinquency and issues about development capacity and city regulations. Laurel, ever optimistic, wrote letters and copied the legal notices. She would arrive breathless and cheerful in our fourth floor offices over Coburn Park, bringing us news and eager for her next assignment. She would depart for City Hall with a list of tasks and a happy smile. Back and forth.

And then… it worked! And as the pieces came together, Laurel revealed her most incredible act of leadership. She and her husband Sid took out a second mortgage on their home in order for the acquisition and conservation of the Starr Hill property to proceed. They borrowed the maximum amount the bank would allow. The Conservation Commission approved a $10,000 expenditure from the City’s Conservation Fund. The deal was done. 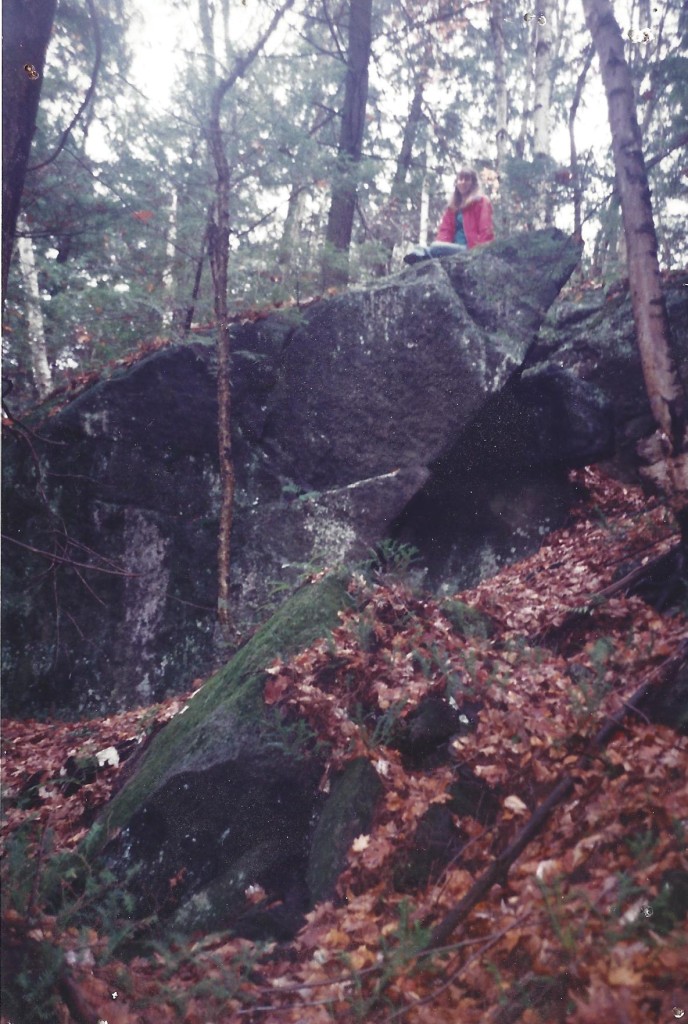 In the years that followed, few Lebanon residents knew that Sid and Laurel were making payments on the debt they bore for Starr Hill.

The first time I monitored a conservation easement, I called on Laurel Letter. It was early November, hunting season. We walked all over Starr Hill together. She encouraged me to scramble up one of the big boulders so she could take a photo. We got cold in the wind where the property was more open. Then we returned to her modest home to warm up. We sat together and talked.

The details of that day are memories that I treasure — Laurel’s pure joy in knowing that Starr Hill was secure for all time. Her humility, her generosity, her care for her neighbors. A leader by doing: gracious, modest, dogged, loving.

Laurel Sherman Letter died on March 13, 2014. Some of us who knew Laurel will be walking together at Starr Hill on Earth Day, April 22. We welcome folks who love Starr Hill, or knew Laurel, or support UVLT and conservation in Lebanon, or just want to go for a nice walk on Earth Day! Details are posted on our calendar – we’d love to have you join us.

Land Soon to be Conserved in Lebanon! 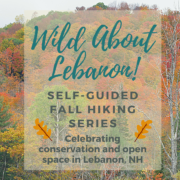